Quality Sensory Homes is 100% Australian owned and run. We are dedicated to providing services to support you achieve your goals.

To offer affordable quality services to people with disabilities and their families in a seamless service system that caters and is responsive to individual needs and desires.

A society that promotes partnerships and relationships which empower people with disabilities to live fully integrated and valued lives.

Participants set goals, plan what needs to be done, do the work, monitor progress, evaluate, exchange feedback and take responsibility for their actions.

Participants have the opportunity to learn about options  available and use this information to make their decisions.

Openness, honesty and accountability in all services, supports and information. All information is known and understood by everyone.

Participants regardless of cultural differences are  treated with respect and dignity to fairly meet their needs.

Participants’ dignity and values are valued. Our system supports participants sense of pride and self-respect.

Participants are encouraged to have a say and act on issues they define as important.

Participants take part in their communities of choice, including taking part in policies and program planning.

Participants are at the centre of the system and their needs and preferences determine how services are provided.

Autism is a part of daily life for around 1.38 million Australians.It is a developmental disability that can cause significant social, communication and behavioural challenges.

Autism is a part of daily life for around 1.38 million Australians.

It is a developmental disability that can cause significant social, communication and behavioural challenges. There is often nothing about how people with ASD look that sets them apart from other people, but people with ASD may communicate, interact, behave, and learn in ways that are different from most other people. The learning, thinking, and problem-solving abilities of people with ASD can range from gifted to severely challenged. Some people with ASD need a lot of help in their daily lives; others need less.

People with ASD often have problems with social, emotional, and communication
skills. They might repeat certain behaviours and might not want change in their daily activities. Many people with ASD also have different ways of learning, paying
attention, or reacting to things

The DSM (Diagnostic and Statistical Manual of Mental Disorders) is published by the American Psychiatric Association (APA) and is used by clinicians to diagnose a variety of psychiatric disorders.

Read more about Types of Autism)

The fifth and most recent edition of the DSM was released in 2013. The DSM-5

currently recognizes five different ASD subtypes, or specifiers. They are:

with or without accompanying intellectual impairment

with or without accompanying language impairment

associated with a known medical or genetic condition or environmental factor

associated with another neurodevelopmental, mental, or behavioural disorder

Someone can be diagnosed with one or more specifiers.

Prior to the DSM-5, people on the autism spectrum may have been diagnosed with

one of the following disorders:

hasn’t lost their diagnosis and won’t need to be re-evaluated.

there are no “cures” for autism, but therapies and other treatment considerations can help people feel better or alleviate their symptoms.

Read more about Treatment for Autism)

there are no “cures” for autism, but therapies and other treatment considerations can
help people feel better or alleviate their symptoms.
Many treatment approaches involve therapies such as:

Some people on the spectrum may respond well to certain approaches, while others may not.
Shop for sensory products here.

Families who have loved ones with ASD may worry about what life with autism looks like for themselves and their loved ones.

Families who have loved ones with ASD may worry about what life with autism looks
like for themselves and their loved ones.
Children with autism may find that certain exercises can play a role in alleviating
frustrations and promoting overall well-being. Any type of exercise that your child
enjoys can be beneficial. Walking and simply having fun on the playground are both
ideal.

processing signals from their senses. Quality Sensory Homes specialise in
provision of these services. Sometimes contact sports can be difficult for children
with autism. You can instead encourage other forms of challenging yet strengthening
exercises.
A minority of adults with ASD may go on to live or work independently. However,
many adults with ASD require continued aid or intervention throughout their lives.

Introducing therapies and other treatments early in life can help lead to more
independence and better quality of life. Sometimes people who are on the spectrum
aren’t diagnosed until much later in life. This is due, in part, to a previous lack of
awareness among medical practitioners.
Seek help if you suspect you have autism follow this link . It’s not too late to be
diagnosed.

We want to ensure we can provide you with an answer in a timely manner. To help you with the service request please complete the form below and one of our consultants will contact you to discuss your service request.

Send us a Message

Our pledge to the environment 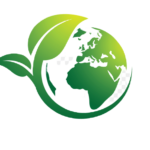 We understand that social justice and eco-justice are connected. The poorest in our world are most vulnerable to the effects of environmental degradation.
We commit to operating in a responsible and sustainable way that protects and improves our environment and our communities.
We are grateful for the environment and web of life that we are part of and that sustains us.
We encourage our staff, participants, volunteers, friends, stakeholders and the Quality Sensory Homes community to share our commitment to ecological and social justice.

A society that promotes partnerships and relationships which empower people with developmental disabilities to live fully integrated and valued lives.

Staff Interanet
Back to Login